September Member of the Month

September Member Spotlight
Bery Crispin
Check out her latest Interview on YouTube
Interview
Bery is an active TSEC member and we are proud to announce she is the September Member of the Month. She is part of the leadership team of the new Houston chapter of the Twilight Wish Foundation.’ https://twilightwish.org.

Bery is a partner at A Sacred Choice Funeral Home, founded 2017 in Houston. They focus on educating the community and have been awarded the Pursuit of Excellence Award multiple times by the National Funeral Directors Assoc. She has served the profession for ten years and is a mentor to women who join funeral service. Bery is a member of Junior League of Houston, an Emerging Leader for the Greater Houston Hispanic Chamber of Commerce, National Alliance for Children’s Grief, Aid to Victims of Domestic Abuse and Board member of the BBB. Bery has been named a Woman to Watch by the Houston Business Journal and volunteers her time at Memorial Hermann and Ronald McDonald House. She also cycles 150 miles every year to support the fight against multiple sclerosis.

We are a full-service funeral home, recognizing we are part of one of the most diverse communities in America. We seek to serve all faiths, sects, and nationalities. With nearly 60 years’ experience serving families at some of the largest and most prestigious funeral homes, we are uniquely prepared to assist you and your family during your time of need. Our intent is to offer each family the opportunity to memorialize their loved one in an affordable and respectful manner regardless of economics while still upholding the highest level of service. We begin with a very inexpensive basic fee and with no profit taken for any merchandise other than a minimal convenience fee, and/or third party vendors unless required by the vendor to do so. This alleviates any and all potential pressure placed on families to make expensive choices while ensuring that the highest level of service is provided. 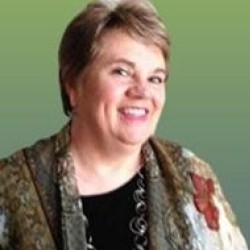